Menu
Log in
Register
Install the app
You are using an out of date browser. It may not display this or other websites correctly.
You should upgrade or use an alternative browser.

And we have an announcement, finally.

Volume 9 is coming February the 18th.

Also it's going to be a Crunchyroll exclusive.

I have already been considering dropping my FIRST subscription and replacing it with a Crunchyroll one. This announcement solidified that decision.


There's just nothing about RT itself that really interests me anymore, aside from RWBY. Heck it's always been basically just RWBY and a few of their shows that caught my interest but basically everything other than RWBY have been cancelled and there's been so many reveals of corporate scumbaggery. And the price of RT first has only risen in recent years and the 5% discount is so minor that it barely has any effect the few times I do purchase merchandise.


Crunchyroll seems pretty scummy too and I'm loathe to give them my money simply out of spite over how LUDICROUSLY SHITTY the ads on their free to watch stuff is. But at least there's lots of stuff to watch.

Gonna look at prices at least and see. If the sub isn't too expensive then it's worth considering at least. Still hate them though. It's fine to have adds on stuff that non-subsribers watch but their ads seems specifically designed to torture people into signing up for a subscription and made me want to murder every single person responsible for them being as intrusive as they were.

Some info on the move to Crunchyroll. 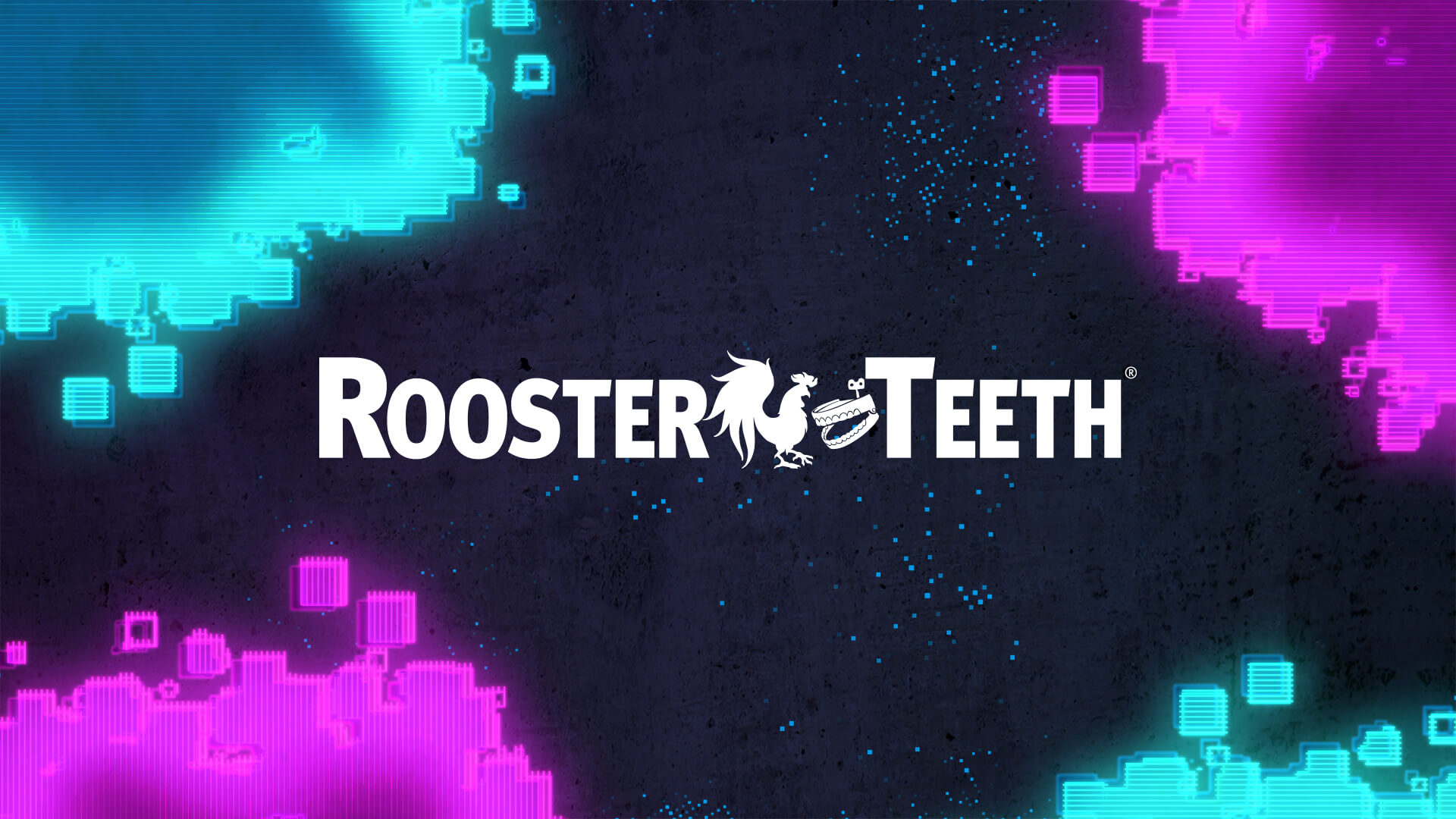 Hey FNDM! This is Geoff Yetter, your friendly neighborhood Licensing, eCommerce, and Content Distribution guy (aka “Business Dad”). Big day, huh? We are so freaking excited that Volume 9 is finally coming out, and even more so that we’re bringing it exclusively to Crunchyroll! We recognize...


And the latest and likely last volume 9 trailer.

The name is certainly ironic now. I see the logic but this really does emphasize how RWBY as a brand has really outgrown RT as a company.


Maybe if they hadn't mishandled their other shows like Nomad of Nowhere, [gen:LOCK]* and RvB:0 so badly, maybe if Arizal and The Grimm Campaign and a bunch of other stuff hadn't just silently died of, maybe if they'd done a better job with advertising and merchandise to make their stuff more profitable so that they didn't have to keep upping the price of RT Subs, if they had actually improved their website and forums instead of just making them worse and if they had at least improved their treatment of employees so that people could feel good about supporting the company for the sake of supporting the company then RT could have remained an attractive service as a whole.

* Or whatever secondary flagship show they could have been working on if they realized that gen:LOCK was too ambitious for them.

But as it is literally the only reason I didn't switch from RT to Crunchyroll was because of RWBY and because of the grandfather clause/nostalgia.

When I first became a RT subscriber it was cheap as hell and I didn't even really need it. I could still watch RWBY and stuff for free on YouTube and RT had built up a lot of goodwill with me because they provided the show for free and I wanted to support it. They also had lots of other cool stuff like Immersion and Red vs Blue was really good.


But these days... I guess there's lots of stuff on their site but none of it interests me. Their blog style forums are pain in the ass to navigate that no one uses, not even seemingly RT themselves aside from some low level PR folks. What even happened to the Grimm Campaign? It had a panel at RTX but they never released any information about what was said at that panel and I haven't seen any fans talking about it, there's no news about it anywhere and no announcements about the show so I guess it's cancelled but they didn't even bother announcing that? And the store is garbage now too, at least for me. Can't even Wishlist items anymore and the interface is blank and practically nonexistent. And if feels like half the time their animation departments aren't even making RT products anymore. Transformers this or DC that. I guess it's profitable but it really served to water down the RT brand. War for Cybertron wasn't even good


I could go on but the point is I have seen lots of interesting looking anime and stuff come and go that I wish I'd watched, but I don't really see stuff on RT anymore that I want to watch. If Crunchyroll is the place to go to support RWBY now then that makes it very easy to make a decision about which subscription service to use.

RT FIRST has nothing for me, not even RWBY. So why not go for Crunchyroll where I get RWBY and also Nier: Automata, Gundam: The Witch From Mercury, Trigun and so many other good looking shows that I've been dying to watch?
P

I just want to see what allusions we get in Ever After.
Z 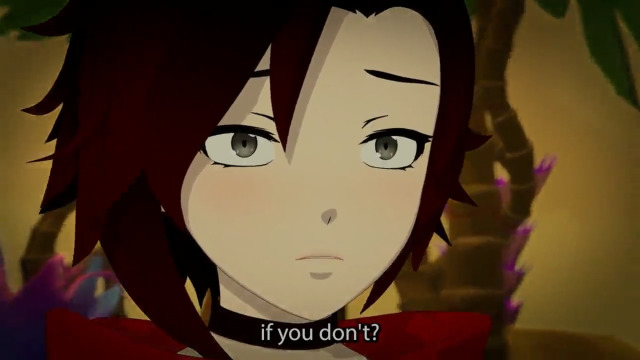 Okay so obviously I want to talk about the final three lines of the trailer. Because assuming these are actually part of the same statement and haven’t been edited together for trailer-drama, this is…

I think it's less physical change and more emotional.
P

Agreed. An Emotional change is for sure, but some people have theorized there will be a physical change. Others theorize they will get new special powers. Some theorize both.
Me. I am pretty sure there won't be crazy changes like that, and more the cast getting their heads back together and sorting out their baggage, especially Ruby.
Z

If RWBY was 100% anime (made in japan and everything), then Weiss would of referred to Yang as a Gorilla at some point.

Saw some theories about the symbolism of the Ever After seeming intent to keep the girls away from their weapons* and the symbolic connotations of that considering Huntress weapons are thematically tied to individuality and the personalities of their owners. They're part of us as Ruby said.


* Ex: Crescent Rose is stuck in a dune somewhere, the killer vines bind Gambol Shroud and keeps Blake from picking it back up and Yang's arm gets stolen by a raccoon and later a toy soldier tries to take it from her.


The person with that theory suggested Ruby was in extra danger because of how Crescent Rose got stuck on the beach and seems very far away from Ruby and she more than anyone is shown to depend on her weapon for confidence.


But man if that theory is correct then Jaune is even more symbolically fucked. His sword was tainted with the blood of an innocent/friend and then shattered before he fell. Combined with the actions he took before falling he seems really vulnerable to any mindfuck shenanigans right now.


On another note here's some good points against the "burn everything and let God sort it out" attitude certain sections of the fandom have towards support of the show.

Pugman said:
If RWBY was 100% anime (made in japan and everything), then Weiss would of referred to Yang as a Gorilla at some point.
Click to expand...

And this is why I'm glad RWBY isn't an anime. It has a lot of the things I like in anime but it avoids the pitfalls that so many anime have that I really don't care for.
P

I think the FNDM needs this wisdom

Are you sure we should be listening to Iroh? He has the 'dumbasss royal' gene, same as Zuko, he's just better at seeming eccentric.
P

Matrix Dragon said:
Are you sure we should be listening to Iroh? He has the 'dumbasss royal' gene, same as Zuko, he's just better at seeming eccentric.
Click to expand...

Yes, I very much will take advise from the old man who tried to counter one poison plant with another possible poison plant.

Whelp, Pug is dead. What've you got Zam?
Z

Oh boy I hadn't even thought of that, yeah that boi is gonna have PROBLEMS!

Random youtube browsing brought up a thumbnail I didn't bother clicking on. 'The stupidest weapon in RWBY' with a 'dumber than this _>' pointing at Crescent Rose. And all I could do was stare and go 'Wow. Fuck you too Mister Too-Fancy-For-Rule-Of-Cool.'
P

OH ya I know who you are talking about.
That channel is one of like 2 I might look at once in a blue moon as the talk about historical accuracy and the like when it comes to weapons, fighting styles, and such. Both channels I speak of are well researched and usually good videos.
I only clicked on said video and watched a small bit, and the 2 things I remember from my short skim of it was;
1 - The weapon in question was Professor Peter Port's weapon.
2 - He brought up The Video, and it reminded me that he is indeed not the kind of person who would watch RWBY.

Like, if anything, he only made this weapon video because he was paid to do it. He has nothing against RWBY, it's just not his cup of tea.

... A historical accuracy expert was paid to talk about rule of cool weapons? What's even the point? We know they're unrealistic! We don't expect an actual minigun to fold down into a handbag, and gun-chucks(yo!) aren't a sensible idea!
P

Some people do like to hear how practical/impractical fictional weaponry is.
And sometimes something that might look impractical at first glance might surprisingly turn out functional.

There is also like a channel or 2 that get paid to actually forge weapons from various media. From swords like Link's Master Sword (or even the Double Helix Sword) and the Sword of the Lich King, to more blunt weapons like big hammers. Even seen them forge weapons to heavy for a single person to lift when they do they end of video demonstration.

EDIT: I knew the channel did a RWBY Build at one point. I don't think they ever did another RWBY weapon, though.

Matrix Dragon said:
Random youtube browsing brought up a thumbnail I didn't bother clicking on. 'The stupidest weapon in RWBY' with a 'dumber than this _>' pointing at Crescent Rose. And all I could do was stare and go 'Wow. Fuck you too Mister Too-Fancy-For-Rule-Of-Cool.'
Click to expand...

Someone clearly never watched:
Typical of RWDE to do no research.

Eh, I doubt it's RWDE. Just someone who forgot/doesn't care that one part of the shows appeal is weapons that are awesome, regardless of real world practicality.
You must log in or register to reply here.
Share:
Twitter Reddit Tumblr Email Share Link
Top